Autism spectrum disorder (ASD) may be well-known among the general public, but that doesn’t mean it’s well-understood. While the overwhelming majority of Americans have some familiarity with the disorder, too few have a proper understanding of what it is and how it manifests. Myths and misconceptions abound. Today, we’ll share a few surprising facts about autism spectrum disorder that we hope will be understood by the masses. 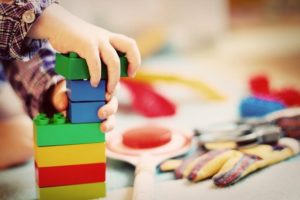 We’re dedicated to changing perceptions about autism spectrum disorder (ASD). Here are some more facts that might surprise you.

The genetic underpinnings of autism spectrum disorder aren’t fully understood—even among experts. Although its heritability is up for debate, the overwhelming consensus is that the disorder has a strong genetic basis.

The prevalence of autism spectrum disorder does not vary among genders, races, nationalities, or social classes. However, it may not go diagnosed with identical frequency in all of these groups. ASD in young girls, for instance, tends to remain undiagnosed until later in life.

But it Affects People Differently

Still, the precise ways in which ASD manifest vary dramatically from person to person. This is part of what makes the disorder difficult to understand. Some would argue that it’s impossible to describe what ‘typical’ autism spectrum disorder looks like. People with ASD are just as varied and diverse as those of us without it.

Children with autism often have a bright future ahead of them. ASD is not a degenerative disorder. Rather than getting worse over time, its symptoms often get far milder as time goes on. By setting your child up with the therapeutic attention they need at a young age, you can dramatically enhance their potential.

Speaking of potential, individuals with autism spectrum disorder have gone on to have extremely successful careers. They have made marked achievements in just about every field you can imagine—from art, to science, and beyond. Some of history’s most inspirational figures are now thought to have had ASD. Just to name a few, these include Albert Einstein, Steve Jobs, and Mozart.

If you’re the parent of a child with autism, your ultimate hope is that they will have successful careers and fulfilling lives of their own. With care and attention from the experts at the Connections Therapy Center, we can work to make this dream a reality.

Early intervention is key to ensuring children with ASD have fulfilling and successful lives. If you’re curious about what we can do for you or your child, just give us a call.

Categories: Blog | Tags: asd, autism spectrum disorder, and early intervention
This entry was posted on Thursday, April 15th, 2021 at 1:46 pm . You can follow any responses to this entry through the RSS 2.0 feed. Both comments and pings are currently closed.