Why Is Autism Considered a Spectrum Disorder?

If you’ve raised or are currently raising a child with autism, you may have noticed how the terminology about this disorder has changed over time. One of the biggest shifts to occur in our lifetimes has been the wide acceptance of autism as a ‘spectrum’ disorder. But you may have wondered what this terminology means. Today, we’d like to explain why autism is considered a spectrum disorder. 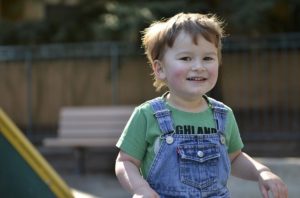 You’ve heard that autism is a spectrum disorder. But what does that mean?

Just as every child is unique, so too is the way that their autism manifests. Some children with autism have a significant communication delay, or a tendency to stim noticeably. Others could show neither of these symptoms, using highly sophisticated vocabulary or having difficulty picking up on social cues.

This is the most obvious and significant reason that autism is now widely recognized as a spectrum disorder. It is highly variable, and can manifest in a practically unlimited number of ways and with a wide range of severity.

You may have heard people refer to individuals with autism as ‘high-functioning’ or ‘low-functioning.’ While it is true that not all people with ASD are alike in terms of their ability to ‘function’ in society, be careful about using these terms. Not only is it an arbitrary distinction, but it creates unfair expectations about the abilities of those with autism.

What About Asperger Syndrome?

You may have noticed that fewer people make references to Asperger’s as they did years ago. This is largely because, beginning in 2013, the Diagnostic and Statistical Manual of Mental Disorders has considered Asperger’s to be part of the autism spectrum of disorders.

Prior to 2013, you may have heard that Asperger’s is similar to autism, but has less of an impact on the use of language and IQ. These days, experts regard Asperger’s as part of the autism spectrum. Regardless, the distinction between this and other forms of autism may still be useful.

The fact that Asperger’s is now officially considered to be a form of autism is part of the reason why the terminology has shifted to refer to autism as a spectrum disorder. We hope that this helps to drive home the point that autism can take a wide variety of different forms.

Categories: Blog | Tags: asperger disorder, autism spectrum disorder, and spectrum disorders
This entry was posted on Thursday, December 3rd, 2020 at 1:37 pm . You can follow any responses to this entry through the RSS 2.0 feed. Both comments and pings are currently closed.