Autism is one of the most common developmental disorders in the world. According to the CDC, roughly 1 in every 54 children has some form of ASD. In spite of how common it is, autism remains widely misunderstood. Here at the Connections Therapy Center, we make it a goal to combat these misunderstandings. For this reason, we’ve laid out a few misconceptions about autism you should be aware of. 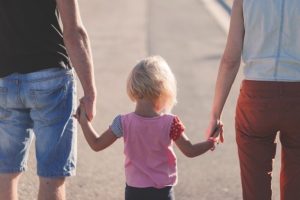 In spite of how common it is, autism remains widely misunderstood. Here are some misconceptions you should be aware of.

People with Autism are Emotionally Impaired

One of the most common misconceptions about autism is that people with ASD cannot feel or understand emotions. If this is something you believe, remember that autism is a developmental disability—not an emotional one.

This myth reflects how people with autism differ socially, rather than emotionally. They may choose different ways to express the way they feel. By the same token, they may not pick up on subtler social cues about the emotions of others. But this doesn’t mean that they do not feel or understand the same emotions as you!

There is little evidence to suggest that autism has become more commonplace in recent years. In spite of this, you may have heard misguided and sometimes offensive reports to the contrary.

Yes, diagnoses of ASD have steadily increased over the past few decades. But this has more to do with our understanding of the disorder having increased than a rise in the disorder.

Many historical figures are now thought to have had autism. These include Charles Darwin, Lewis Carroll, and even Mozart. But, because we didn’t have a thorough understanding of ASD during their lifetimes, they remained undiagnosed.

Autism is an Intellectual Disability

On its own, ASD affects the brain, but not the intellect. A majority of individuals with autism have normal IQs. Many even have exceptionally high IQs. In fact, some of history’s great minds are now believed to have had autism. The most famous is probably Albert Einstein.

If your child has autism, we encourage you to do your best to stay informed about the nature of this disorder. A lot of what you may have heard or read about it is inaccurate. By not believing any of these misconceptions about autism, we can gain a deeper understanding of this disorder and how to treat it.

Categories: Blog | Tags: autism misconceptions, autism myths, and autism spectrum disorder
This entry was posted on Thursday, January 14th, 2021 at 1:14 pm . You can follow any responses to this entry through the RSS 2.0 feed. Both comments and pings are currently closed.